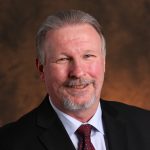 Doesn’t the Bible say that when we die, our spirits go back to God? If that is true, then why are we Christians asked to believe that our bodies are going to be raised from the dead? Isn’t that just a pipe dream for those who are afraid to die and also for the comfort of those who survive their loved ones?

If we are not going to be raised from the dead, then we are all in serious trouble for the hope of an eternity with Christ.

First of all, in order to be a Christian you must hear and believe the Gospel. So what is the Gospel, you ask? 1 Corinthians 15:3-4, “For I delivered unto you first of all that which I also received, how that Christ died for our sins according to the scriptures; And that he was buried, and that he rose again the third day according to the scriptures:” This, my dear doubting friend, is the Gospel; Christ died for our sins, He was buried, and He rose again the third day. These three facts are what comprise the “good news” of the Gospel for a lost and searching humanity. There is no Gospel apart from these three facts.

So what about our spirits going back to God? May I say to you that, by far, the most difficult task I ever faced as a pastor was consoling the family of someone who died without knowing Christ. What a sad thing it is to face the loss of a loved one without hope of ever seeing that person again. The Scriptures are quite clear about what happens to our spirits at death. If you die in Christ, that is, with God’s Spirit dwelling within you, the Bible tells us in 2 Corinthians 5:8, “… to be absent from the body is to be present with the Lord.” In other words, if Christ is your Savior, your spirit will go directly to Him as you close your eyes in death. However, if you die apart from Christ, then your spirit will go to Hades, the place of torment, until such a time as it will be brought before the great white throne of judgment mentioned in Revelation 20:11-15, “Then I saw a great white throne and him who was seated on it. Earth and sky fled from his presence, and there was no place for them. And I saw the dead, great and small, standing before the throne, and books were opened. Another book was opened, which is the book of life. The dead were judged according to what they had done as recorded in the books. The sea gave up the dead that were in it, and death and Hades gave up the dead that were in them, and each person was judged according to what he had done. Then death and Hades were thrown into the lake of fire. The lake of fire is the second death. If anyone’s name was not found written in the book of life, he was thrown into the lake of fire.”

Those of us who die in Christ will not have to stand before this “great white throne”. However, we will stand before another throne of judgment as believers, 2 Corinthians 5:10, “For we must all appear before the judgment seat of Christ, that each one may receive what is due him for the things done while in the body, whether good or bad.” At that time, our works will be judged but as a Christian; 1 Corinthians 3:10-15, “By the grace God has given me, I laid a foundation as an expert builder, and someone else is building on it. But each one should be careful how he builds. For no one can lay any foundation other than the one already laid, which is Jesus Christ. If any man builds on this foundation using gold, silver, costly stones, wood, hay or straw, his work will be shown for what it is, because the Day will bring it to light. It will be revealed with fire, and the fire will test the quality of each man’s work. If what he has built survives, he will receive his reward. If it is burned up, he will suffer loss; he himself will be saved, but only as one escaping through the flames.”

If you doubt the truth of the Gospel, then there is nothing that can be done for you lest you believe. Please trust that God has the power to perform what He says He will do. My prayer for you is that one day your spiritual eyes will be opened to the truth of God’s Word.

May God bless and keep you.

6 thoughts on “Will we really be raised from the dead? Response to a doubter…”