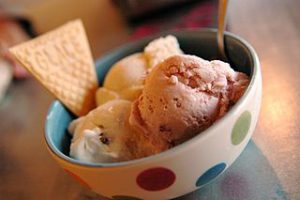 Those first few months of ministry were very challenging for me and, I am sure, for the church as well.  You see, I entered the ministry prior to attending seminary. I was extremely candid with myself in that I had absolutely no idea of what I was doing, in a professional sort of way that is.  The only thing I really had going for me was business/life experience and a personal assurance that God had placed me into this position.  That being said, I was not totally lacking in Biblical knowledge because the church I attended was a teaching type of church.  Also, I just could not put the Bible down after coming to Christ.  I remember reading the King James Version from cover to cover in that first month after becoming a Christian.  The only problem was that reading the KJV reminded me of how frustrated I was trying to understand the archaic language of Shakespeare in the eleventh grade.  I would read a passage only to find out it meant exactly the opposite of what I thought it meant.  I simply could not come to a complete understanding of what was being said.  I was very naive in these matters at the time and thought that the KJV was the only translation available, since that is what my church used for readings.  So, I bought a Key Hebrew Greek Study Bible and reread it.  This took two years as I spent a great deal of time looking up every scripture and word reference translated from the original language.  Finally, at the end of all that, someone introduced me to other translations which were much easier to understand.  However, I am so thankful that I spent the time looking up those references.  God has used that study time in so many ways over the years.

The second, and primary, thing I had going for me was that I was forced to rely totally and completely on God for guidance due to my lack of experience and training.  Friends, it seems like such an obvious thing when you read it, but as I was to discover later on, it becomes very easy to rely more upon yourself than upon God as you gain experience and knowledge.  Many pastors have taken serious nose dives as a result of this over the years, myself included.

So, it was in this spirit that I began to address the pressing problems of the church.  One thing that was painfully obvious to everyone was the lack of young people in the church.  In fact, except for Jack and Jean and my seventh grader son that was it.  No youth group, no children’s group, no kidding.  The issue came to the forefront when my own son asked if he could attend another church in town because they had kids his own age.  Being a Navy veteran, I used the vernacular of a sailor to answer him (no, I didn’t swear). I said, in a loving way, of course, “Son, only a rat deserts a sinking ship, go make friends and bring them to church with you!”

In an effort to build unity and fellowship, we started holding ice cream socials every Sunday evening.  During these times, we would discuss issues in a much friendlier atmosphere than a dreaded church “business meeting”.  One evening I inquired about the lack of basketball hoops on the church’s outdoor basketball court.  An elderly deacon stated emphatically that he had personally removed them.  He said that the noise of children playing bothered him as his house was across the street from the church.  I remember asking him, with a smile, if he would prefer a noisy church or a dead church.  Fortunately he understood the implication and only requested that I close it down after nine every night.  So the next day, we had new hoops installed on the court.  It turned out to be a wise investment for the church as it became a fun place for young people to hang out and play basketball.

Due to our church’s weekly ice cream social I noticed that our church was growing. Unfortunately, it was in weight and not numbers.  I had gained almost 10 pounds in a matter of weeks, much to my chagrin, so playing basketball seemed to help.  Also, we had quite a collection of ice cream flavors building up in the freezer.  One evening I was sitting in the fellowship hall pondering what to do with all the ice cream when I heard a knock on the church door.  It was my son and a few kids from the court asking to use the bathroom and get some water.  In a stroke of pure inspiration I said, “come on in, and while you are here you might as well help me eat this ice cream before it goes bad.”  Within a few minutes there were several teenagers sitting around a table in the fellowship hall enjoying ice cream and each other.  This became a weekly ritual for the kids that they truly looked forward to.  From that simple application of the world’s greatest food, a youth group was instantly formed that led to several young people to receive Jesus as Lord and Savior.  My personal hope is that there will be ice cream in heaven that we believers will one day share with Jesus Himself.

These are the wonderful lessons I learned from this experience:

Young people are noisy and messy, but they can also bring new life to a dying church.