“UNMET EXPECTATIONS”
Or
“THE DAY THE LIGHTS CAME BACK ON” 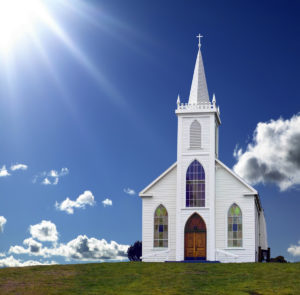 The moment I walked into the sanctuary I could feel the tension. This was my first official Sunday at my first official pastorate. I had very high hopes of setting a positive tone for the church nicknamed “The Preacher Killer”. I was determined not to join the previous cloud of pastoral witnesses that had come and gone so quickly since the founding of the church in 1809. Long term ministry was considered to be about eighteen months and I was soon to find out why.

So, with all the optimism I could muster, I strolled into the church on that first Sunday morning. There were approximately seventeen people present in a church that could comfortably seat three hundred. My expectation was for better attendance on my first day so I waited as long as possible for the last minute stragglers to arrive. Alas, that was to be it. No stragglers and no crowd. “So that’s it? There should at least be as many people present on my first Sunday as there were to vote for me as pastor.” The Scripture came to mind of God speaking to Cain, after murdering his brother Abel, and asking him “Why has thy countenance fallen?” God knows my morbid sense of humor and this brought a smile to my face as I struggled to overcome my “fallen countenance”.

Just then, the church’s antique organ began to play. It sounded OK and if I listened closely, I could just make out the melody of “What a Friend We Have in Jesus.” Oh well, these are the folks who wanted to be here today so let’s worship. I closed my eyes and concentrated on the words and began to sing them with all the gusto I could muster. Half way through the first chorus the realization came to me that I was the only one singing. Now I can tell you that my voice is not the most pleasant sounding thing you could hear, but I didn’t think it was that bad. I slowly opened my eyes to see seventeen pairs of eyes glaring back at me. After the organ finished playing I stood to do the welcome. I thought I would break up the tension with a little humor so I asked, “Did you like my solo?” One of the deacons replied, “We don’t sing during the call to worship. Look at your bulletin, it says Organist.” Now this was the same deacon who told me at my interview that they were considering me because of my previous business experience. They wanted a pastor who was strong enough to stand up to opposition when it came. I was fully prepared for opposition, but I really didn’t expect it to come on my first Sunday, and especially from him!

We struggled through the remaining order of worship until it was time for me to “preach”. By this time, I was really steamed up and literally was thinking this might be the shortest pastorate in church history. Yes, dear friends, no matter what you might think or have been told, pastors do have tempers and are definitely not perfect. As I looked down to read the Scripture that I was to “preach” on, it became clear to me that God really does know what He is doing and He really does reveal Himself in ways that we can only imagine. I felt my anger subside as I began to read the words of Jesus, “As the Father has loved me, so have I loved you. Now remain in my love. If you obey my commands, you will remain in my love, just as I have obeyed my Father’s commands and remain in his love. I have told you this so that my joy may be in you and that your joy may be complete. My command is this: Love each other as I have loved you. Greater love has no one than this, that he lay down his life for his friends. You are my friends if you do what I command.” John 15:9-14 (NIV).

As I looked up from reading into those seventeen pairs of eyes, I felt an emotion that I totally did not expect; love. So at that moment began a tradition that I carried with me throughout my years of ministry; I said to them, “I cannot preach until we all do something together”. You could sense the fear and confusion in the sanctuary at that moment. Something new was happening and it wasn’t in that precious bulletin! Every eye was on me as I said, “Stand up and give someone a hug and tell them that you love them.” As you can imagine, there was stone silence in the room, but I wasn’t budging. It was make it or break it time as I saw it. In the ensuing stare down, I was thinking, “Oh well, I am getting canned on my first Sunday and I didn’t even get to preach. How am I going to explain this on my resume?” Finally, an elderly lady, in resignation, broke the silence and said, “Alright, how many people do I have to hug?” I said, “Well, there’s not too many of us here today so how about everyone.” My deacon friend gave me a wry look and said, “What if I don’t love everyone in here?” And so began the new traditional for me and the church. I said, “Give someone a hug and tell them that you love them, if you don’t love them, shake their hand.” Slowly, laughter began to break out, first on one side of the sanctuary and then on the other. The folks actually got out of their pews and began hugging each other and sharing joy with laughter. I watch my deacon buddy dutifully shaking hands with everyone. I asked him about it later and he said, “I am not a hugger!”

It is difficult to explain, but at that very moment a change took place in that little church. One of the ladies said to me afterward, “Pastor, today the lights came back on in here.” I asked her what she meant and she said, “I sensed God’s presence in this church for the first time in many years and it’s good to have Him back. He turned the lights back on.”

I don’t really remember the words of the sermon that day but I will never forget what happened. These are the valuable lessons learned by me that day:
1.) People may not remember your words, but they will remember how your words made them feel.
2.) God is bigger than any church tradition.
3.) God can break through to even the most calloused of hearts.
4.) People crave the presence of God but they are afraid of what He will do if they allow Him to go too far into their lives.
Thus began a series of marvelous encounters with these dear folks, and others, who came back to church to see “the lights that God turned back on”.