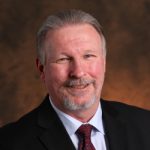 Some knowledgeable friends of mine and I were discussing the Bible. They say that the Book of Revelation cannot be understood because it is written primarily in symbols that have been lost to us today. They also say that it does not apply to us in modern times. What do you think? Just Wondering.

I think you are wise in getting another opinion. Just look at the first two verses of the Book of Revelation and you will be able to discern the importance of the book; Revelation 1:1-2, “The revelation of Jesus Christ, which God gave him to show his servants what must soon take place. He made it known by sending his angel to his servant John, who testifies to everything he saw—that is, the word of God and the testimony of Jesus Christ.”  The Apostle John is speaking very plainly to us here that this book is an unveiling of the person of Jesus Christ. Either John is lying to us or he is telling the truth. He is giving us a testimony of events that “must soon take place.” The very word ‘Revelation’ means an unveiling of something that was previously hidden. If God did not want it to be known, why would He call it the Revelation? In fact, we are encouraged to read and to study this book. Look at the next verse, Revelation 1:3 “Blessed is the one who reads the words of this prophecy, and blessed are those who hear it and take to heart what is written in it, because the time is near.”  I ask you, does this sound as if this is an unimportant piece of symbolic literature to you. God is offering a blessing to anyone who will take the time to read and understand what He has revealed concerning His Son Jesus.

I believe there are several reasons why people have the attitude that Revelation cannot be understood. First of all, it is the last or 66th book in the Bible. That means you need to have a working knowledge the preceding 65 books in order to understand the 66th. This is what catches most of us. You see, The Revelation has been described as the great destination of the Bible. It is the place where all the doctrines and all the prophecies come together in a conclusion of God’s plan for the universe. The Revelation goes hand in hand with the entire Word of God. Reading the Bible without reading Revelation is like reading a mystery novel and not bothering to read the final chapter that ties everything together.

Another reason why people shy away from teaching and studying the Book of Revelation is the warning given at the very end in Revelation 22:18-19, “I warn everyone who hears the words of the prophecy of this book: If anyone adds anything to them, God will add to him the plagues described in this book. And if anyone takes words away from this book of prophecy, God will take away from him his share in the tree of life and in the holy city, which are described in this book.”  Who wants run that kind of risk? Let me say this, if anyone is using the prophecies of God for their own personal gain and are deliberately misinterpreting God’s word, they need to fear this warning. Also, if we preachers and teachers neglect the prophecies of Revelation then, in effect, we are taking away from them.

Another reason that some like to discount the Book of Revelation is that they do not like what God has planned for those who reject Him. I am speaking of the eternal lake of fire for the unsaved mentioned in the 20th chapter. They do not want to believe that a loving God would send anyone to an eternity of suffering just for rejecting Him. They want to be counted as righteous for the good deeds that they have done in this life. The trouble with this philosophy is that they are in effect creating their own God while failing to recognize the true God of the Bible who says that our righteousness is like filthy rags compared to His. I would like to point out to you what Jesus said in Revelation 22:10, Then he told me, “Do not seal up the words of the prophecy of this book, because the time is near.”  In other words, we can understand what Christ is saying to us if we will take the time to study and trust that the symbols used by John are descriptions of literal events.

Dear Just Wondering. My prayer for you is that you will continue to grow in the knowledge and grace of our Lord Jesus Christ. Also, I pray that your knowledgeable friends will have their spiritual eyes opened to the whole counsel of God.

May God bless and keep you in your search for the truth.